Early in September 2014 we were delighted to have been chosen by Selby Abbey to provide a temporary instrument for up to 2 years while the large and historic Hill  (with some later alterations by Hill Norman & Beard)  pipe organ is restored by Principal Pipe Organs of York. It always a joy to install any church instrument but the opportunities to work in truly enormous Churches and Cathedrals and Abbeys is rare and of course a challenge.

The moment of ‘power up’ when you hear for the first time the results of the planning and the work is always a great thrill and a bit of an unknown. Will it all work? Is there a loose wire somewhere? Inevitably it will be in the least accessible place possible. Will it sound as you hoped? Will there be some tweaking to do with speaker positions? The more installations we do the better we get but it is not a precise science and experience of past jobs is of course a great help when planning the next one.

Even so, Selby is enormous. With the organ at the chancel crossing, our west end trumpet is going to be 45 meters away as the crow flies with the cables probably running a full 70 meters from the console, so there is more than the usual room for doubt as to the outcome. 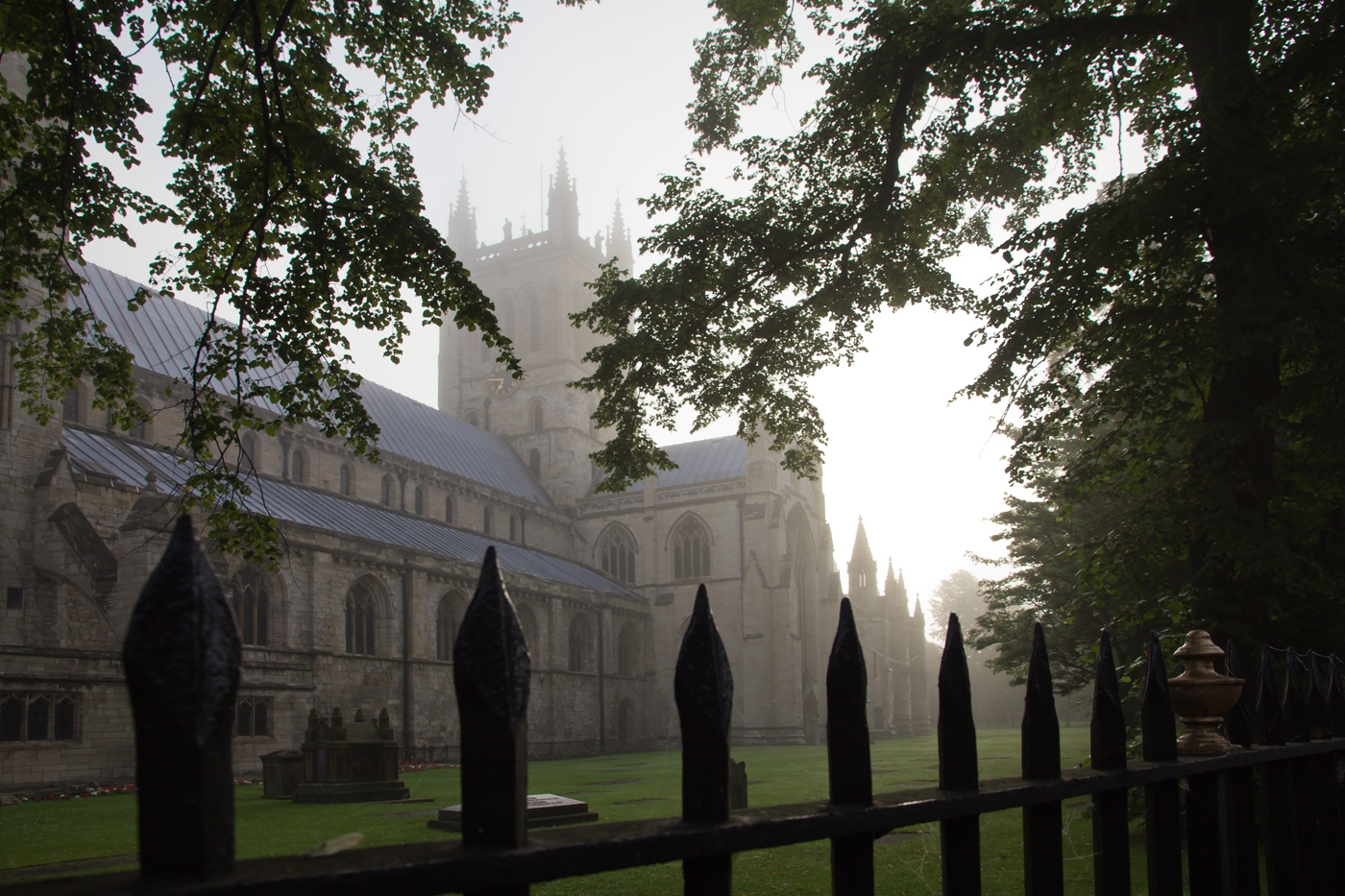 My first confession is that I had never heard of Selby Abbey – shame on me! This has to be one of our hidden gems dating back to the time of the Norman conquest, yet it hides in the shadow of York Minster and Fountains Abbey.  While of equal merit it is just a bit under the tourist radar because of this.

Over many years this lead to some neglect but the Abbey is now near the end of a £6 million restoration programme with the work on the organ being almost the final chapter of this phase of Selby History. I can not wait to be back there to hear this fabulous instrument come back to full throttle as it were. Meanwhile you can help the process as at least another £200,000 is required to finish the work. You can contribute and get the benefit of listening to this fine instrument through the recordings made there in the 1960’s by Fernando Germani – the Pope’s Organist. To buy a copy of the CD visit the special organ appeal WEB SITE  All profits from the CD sale will go towards the organ restoration, a most worthy cause. Now more about our challenge.  We have installed a Regent 356 on 12 speakers and a bass. The speakers are in the triforium space so speak into the nave from both the north and south sides at a height of over 10 metres. You can see one here – a digital organ installers dream location apart from the challenge of installing the cables. However in that particular regard we were absolved of the job, it being in the more than capable hands of the verger Alec. All we had to do was prepare a drawing of the speaker positions and as if by magic we returned 2 weeks later and the cables were in, all very neat , mostly invisible and clearly numbered.  Pictures left are Jeremy and Alec…in the roof space. The wiring involved a degree of crawling in very tight spaces under the 32 ft pedal organ pipes ( yes they are in the triforium and must have been built up there!) Perhaps the past skills of Selby as a mining community are still faintly alive in the roof spaces of Abbey workers. We also put 2 speakers under the west end window to provide a state trumpet which apart from the distance from the console was a comparatively easy task. So after about 3 hours we were ready to listen to the installation. What an experience! It was quite a thrill to hear the slow build up to full organ which hung in the air for about 4 seconds after the final notes were released. The west end sounds fractionally later at the console but any competent musician will manage that small additional challenge.  Jeremy managed about 3 hours voicing before we had to leave and travel back to base in Bicester by which time the organ was better balanced. A few stops were moved from the south to the north side and the power of our bass speaker under the pulpit steps on the Abbey floor was adjusted to give a pleasing rumble at the lower end. There is also a temporary pipe organ in the choir provided by Principal Pipe Organs. While inevitably much smaller than our instrument this was also very effective and sounded delightful. Indeed I thought I was listening the the Hill swell organ until it was pointed out that it was the little pipe organ set much closer to the high altar at the east end of the choir. So Selby now has two organs for the next couple of years. I am sure between them both the musical life at Selby will march on well served by these instruments until the mighty pipe organ is back and benefitting from a much needed and comprehensive overhaul.

If you have any questions about this installation project or would like to talk to us about helping with replacing your pipe organ in your church while it is being refurbished – then please do give me a call on 01869 247 333, drop a comment below, tweet me or email me.