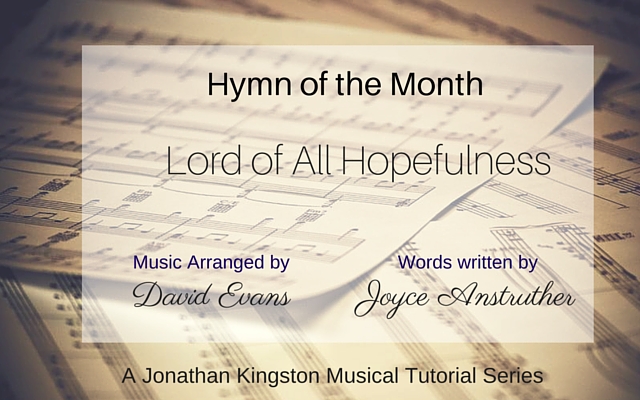 This month we feature “Lord of All Hopefulness” as part of our Hymn of the Month series played by our in-house organist, Jonathan Kingston.

Slane is believed to be an old Irish folk tune and the name is certainly common to a hill near Tara in County Meath, Ireland. It first came to significant attention when published in Patrick W Joyces’ Old Irish Folk Music and Songs in 1909.

It later became a hymn tune when arranged by David Evans. The words ‘Lord of All Hopefulness were written by Joyce Anstruther, a noted agnostic and published in Songs of Praise as recently as 1931.